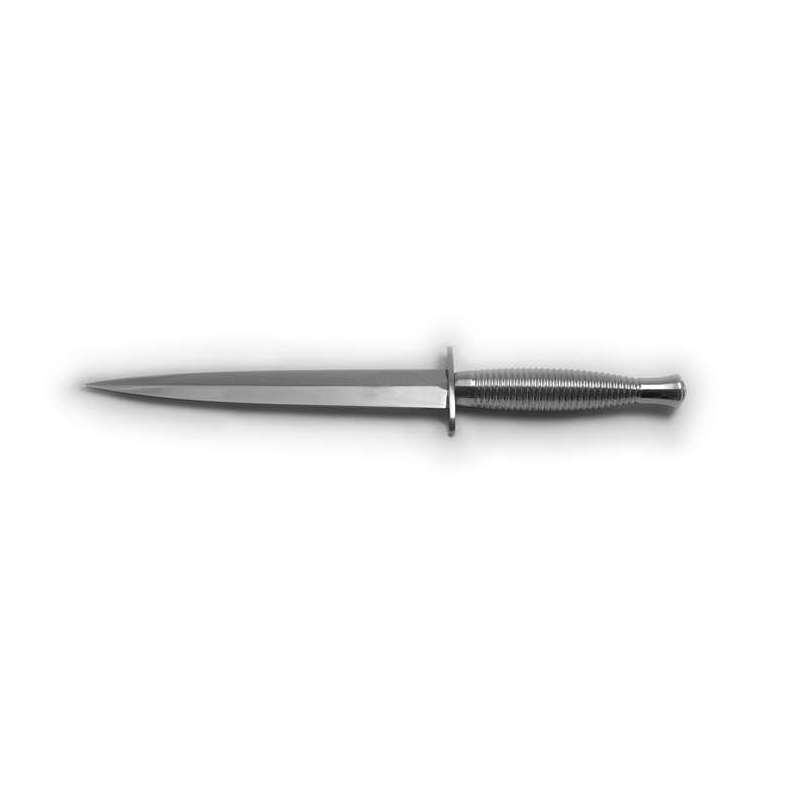 The Fairbairn-Sykes commando knife is a double-edged knife with a foil grip developed by William Ewart Fairbairn and Eric Anthony Sykes before World War II. It was made famous during the War when issued to British Commandos, including the SAS. Although the Fairbairn-Sykes knife is now of interest mainly to collectors, because of its sleek lines and its commando associations it still remains in production today.

The balance of a Fairbairn-Sykes is a crucial part of the design and it takes careful forging and production to ensure that the knife balances exactly as designed. The hilt should fit easily in the hand and the blade should not be so heavy that it tends to drag the hilt from the fingers in a loose grip.