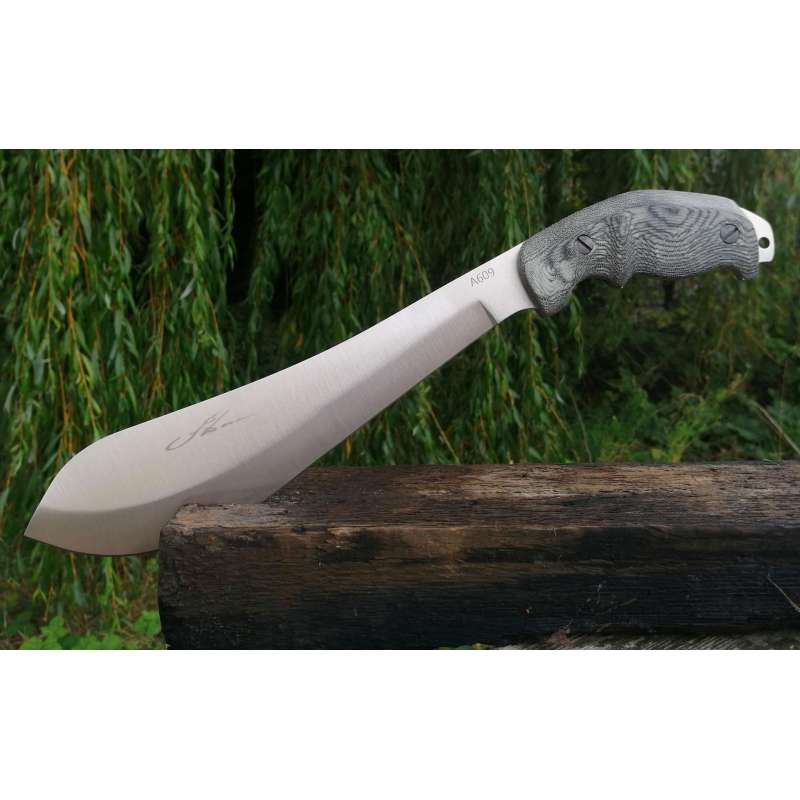 John “Lofty” Wiseman was the youngest person ever to pass selection at the age of 18 with the Special Air Service Regiment (SAS) in 1959. He served with the SAS for over 26 years and saw active service worldwide.

He setup numerous operations including the SAS Counter-Terrorist Team that ended the Iranian Embassy siege in London and also trained the first members of the US Green Berets who returned to the USA to form the famous Delta Force (US Special Forces).

John “Lofty” Wiseman’s “The SAS Survival Handbook”, first published in 1986, has now sold over one million copies and since retiring from the SAS, Lofty has trained survival instructors and consultants, expedition members, overseas survival training specialists, military and civilians around the globe.

Lofty developed the idea of a new survival tool because he could not find anything on the market for the serious wilderness survivor. He needed a tool that would cut efficiently, from saplings to mature trees; that could be used to prepare game and feather wood for kindling; that would be able to dig holes and construct traps, shelters and rafts and would hold its edge through all of this and be easily sharpened.

Drawing on his years of experience living in the wilderness Lofty worked closely with the legendary knife designer Ivan Williams and Scorpion Knives to create the Lofty Wiseman Survival Tool, which achieves all of the aims above. Each tool is hand crafted by Scorpion Knives and is able to carry out the toughest and most arduous tasks with great efficiency, year after year.

The 11" (280mm) blade is curved to give maximum cutting ability with minimum effort. The back is broad and gives it perfect balance. The blade is hand ground with great precision to a razor edge that is easily maintained. Near to the hilt the blade is ideal for close carving or feathering wood. The weight of the blade is carried to the end and is perfectly balanced with the angled grip to effortlessly chop wood. Finally the double-edged point to the blade gives it good digging capability and is excellent for skinning and scraping hides.

The 1075 Carbon Steel (CS80) has been selected to take shock and bend rather than snap. The blade is hardened to HRC 54 from the front cutting edge backwards. This ensures it holds a keen edge that can be sharpened in the field but which leaves the main body of the blade ductile enough to bend rather than snap minimizing any risk of being left in the wilderness with a broken knife.

The uniquely designed Cordura safety sheath that comes as standard not only protects the knife but keeps it secure and ensures that when the knife is drawn the hands are well away from the edge and clear of danger.

The blade of the Lofty survival tool can be specified with either a natural steel finish or with a black Fluoralon coating. The coated blade resists corrosion better in environments with salt air or when it may come into contact with salt water. To maintain this knife at it's best, the blade should be dried after use and lightly oiled before being stored for any period of time.