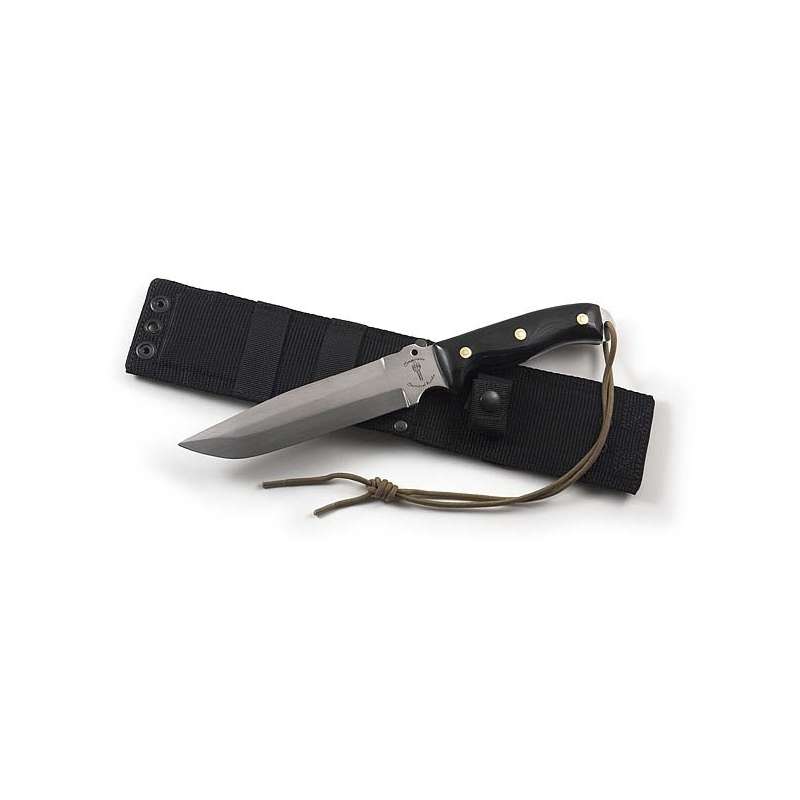 John Campbell is a desert survival instructor from Arizona. He has been into wilderness survival since the age of 8. He grew up in Oklahoma in a small town called Holsum Valley and during heavy rains and ice storms he and his family would be trapped for weeks at a time. Hunting, fishing, trapping, and gardening became a way of life and they would even raise their own food animals for sustainment during these hard times.

After graduating from high school in 1995 and spending some years undertaking survival skills in hostile environments, John moved to Arizona where he has been practicing desert survival skills and Primitive skills ever since, actively teaching survival since 2004.

Weight and balance play a major role in any knife design - too light and heavy tasks become extremely daunting, throw in bad balance and chopping as well as fine work are nearly impossible.

Incorporating these things into the Saguaro Survival Knife makes chopping, splitting, and shaving an absolute breeze. Add balance with the full tang design, and fine work like making fireboards, traps, and other tools is extremely easy as well. The generous choil and thumb bump give amazing control to the blade. The hole in the thumb bump gives an extra lanyard hole to make a secure grip while using the knife as a chopper. The exposed tang in the pummel makes a good glass breaker for emergency exits from automobiles or can even be used as an egress knife to exit downed aircraft.

The 1075 Carbon Steel (CS80) blade comes either polished or in black Fluoralon coating. The polished blade works very well in dryer climates or those without salt air. The black Fluoralon coating makes the blade perfect for places that have salt air or may come in contact with salt water. It also prevents glare while in use with military personnel.

The Linen Micarta grip (polished with the polished blade) finishes off the knife making it more resistant to environmental factors. The knife is supplied with a high quality Cordura sheath.

The Saguaro is also designed with military personnel in mind. This blade can double as a combat knife. The additional grind on the spine of the blade makes it an optimal blade for combat situations and the reinforced point makes it ideal for penetrating body armour on an enemy soldier. This blade is not a weapon though, it is a tool to save a life and it is built to grip any task that can be thrown at it. It is designed to grip life and death situations and help you make it home alive.